EAL Executive Team will minister in Filadelfia Church in Bucharest

Pastors Nicusor Oros (left) and Daniel Bodnariu, with their wives 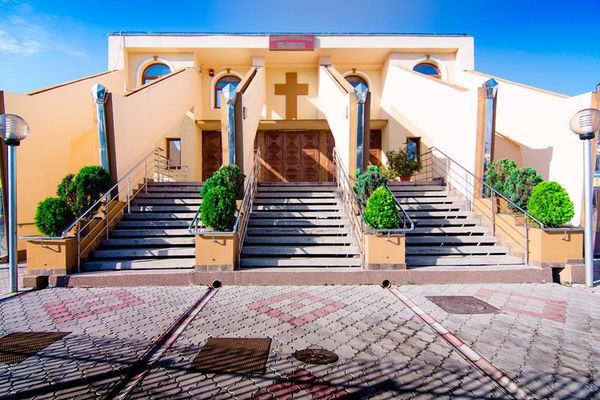 During the EAL executive committee meeting in the Romanian Parliament in Bucharest, the committee will minister in the renown Pentecostal Church, Biserica Penticostala Filadelfia Bucuresti.

- We are thrilled to visit and minister in such a great church, says Jan-Aage Torp, who ministered there in 1999 when he served as the Director for Europe of Norway´s Pentecostal Movement.

- A special reason why I am so honored that we minister in Biserica Penticostala Filadelfia Bucuresti is that one of the associate pastors is Daniel Bodnariu, the older brother of Marius Bodnariu of the great Bodnariu family that we fought alongside with in 2016 when Marius & Ruth lost their five children because of the malpractices of Norway´s Child Protection Services (Barnevernet). Daniel Bodnariu led much of the revolt in Romania with the full support of Pastor Oros and the church. So this will be very, very meaningful, underscores Jan-Aage.