All the sessions were held at the Stephen´s Center in the center of Tirana.

It was a highlight to have a six hour visit to Laç where we spent time at the Bethesda House of Grace orphanage, founded and directed by Dana Molla.

We had an impacting session in Tirana with Mrs. Ardiana Jaku, the Deputy Minister of Health and Social Protection, who spoke passionately about the situation for children and families in Albania. She also spoke highly of the work that Dana Molla does, calling it «a model».

From the first until the last session, prayer was our focus. As Günter Hess (Germany) stated at the end: «Never before have we spent as much time in prayer at an EAL Gathering».

Our overriding theme was «The Nations of Europe in the Balance». George E. Markakis (Greece) gave the keynote teaching on this fundamental theme.

We had a strong focus on Albania. An extra highlight was to have Dr. Ali Kurti with us. He is recognized as the spiritual father of the evangelical movement in the country. Probably he was the first evangelical convert in Albania, and he was previously the Chairman of the Evangelical Alliance.

Several members of EAL had excellent presentations as well.

In the weekends before and after the EAL Gathering, Peter Ischka (Germany) held successful training seminars in Dürres for Albanian pastors where George Markakis, Günter Hess, and Peter Ischka & his wife were the speakers. 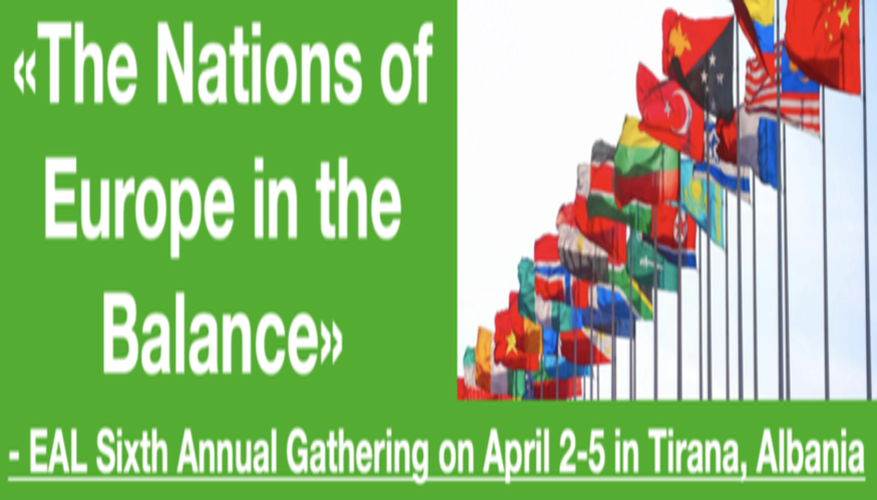