It started in Singapore!

Background and History of the Apostolic Movement in Europe
EAL Media
April 15, 2015

European Apostolic Leaders (EAL) was officially founded in 2013, but we have a rich and multitudinous history behind us. The deepest roots are from the Creation Mandate (Genesis 1:26-28) and the Great Commission (Matthew 28:18-20), but the modern-day roots are from the time when International Coalition of Apostles (ICA) started in 1999 in Singapore, and the European expression emerged in 2002, but not until 2013 were we established.

International Coalition of Apostles was initated at a meeting in Singapore in 1999 when the Argentinian Ed Silvoso presented the vision to Dr. C. Peter Wagner and several other global apostles who were assembled, such as Lawrence Khong (Singapore), Estavam Hernandez (Brazil), and Harold Caballeros (Guatemala). The vision was to bring together the perspectives, experience and resources of global apostles to enhance the transformation of society and propagation of the gospel. The first Presiding Apostle of ICA was C. Peter Wagner (1999-2010).

When International Coalition of Apostles (ICA) was conceived in 1999 in Singapore, it was truly global.

Under C. Peter Wagner´s Presidency, ICA was a decentralized structure with each national and regional coalition worldwide being autonomous, yet interconnected with ICA through relationship and honor. Wagner´s advice was readily sought worldwide. 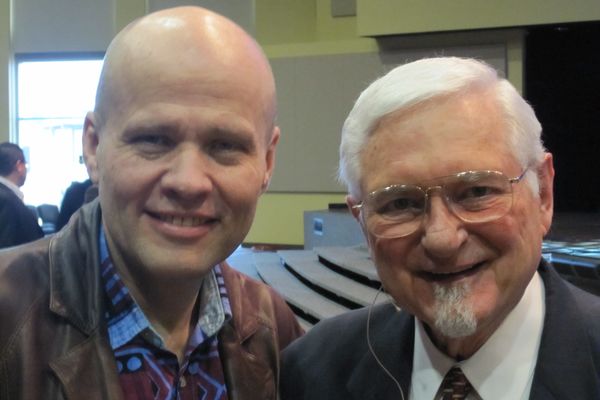 In May 2002, Peter Wagner and Jan.Aage Torp gathered a group of 30 apostolic leaders from 15+ European nations at Hotel Norge in Brumunddal, Norway for two days of seeking the Lord about collaboration in Europe. But the time was not right.

A relational process of European leaders in 2012-2013, led to what is today called European Apostolic Leaders (EAL), Dr.Wagner declared in an email to Jan-Aage in October 2015: «Finally, we are seeing what the Lord had planned for Europe!»

Please watch the 90 seconds short video below from June 2012 which shows some of the process behind the establishment of EAL.