«Let's build bridges, not walls»: The famous speech of Dr. Martin Luther King Jr. 60 years ago was spoken in a time of conflict and turbulence. It angered some, but brought hope to many.

In February 2019 in Abu Dhabi, there was a meeting bétween Pope Francis and Dr. Ahmed el-Tayeb, the Grand Imam of Egypt’s Al-Azhar (also known as the Grand Imam of Cairo), the highest seat of learning in Sunni Islam. They both used the opportunity to jointly release a statement expressing their hopes for peace and greater understanding in the world of politics and religion. 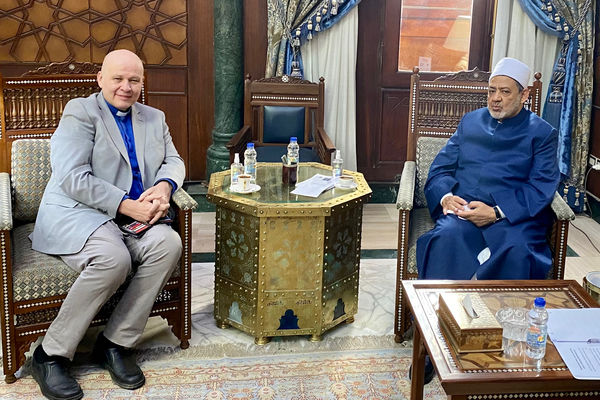 In the wake of the meeting between the Catholic and Sunni leaders came what many call «the Abrahamic Accords», masterfully guided by President Donald J. Trump, leading to the normalization of relationships between Israel and four Muslim states: United Arab Emirates, Bahrain, Morocco and Sudan, adding to the robust peace treaties between Israel and Egypt (1979) and Jordan (1994).

This is what European Apostolic Leaders (EAL) is working every day to bring to the world. We don´t believe in mixing religions, but in honest dialogue, constructive cooperation, and honoring each other.

When EAL´s President Jan-Aage Torp had a personal meeting in Cairo in March 2021 with Dr. Ahmed el-Tayeb, the Grand Imam of Egypt’s Al-Azhar, that was the spirit of the meeting, and more great things are to come.