EAL a Partner of next IRF Summit in Washington DC 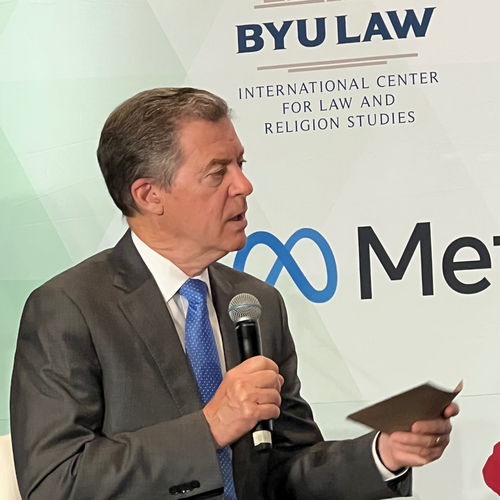 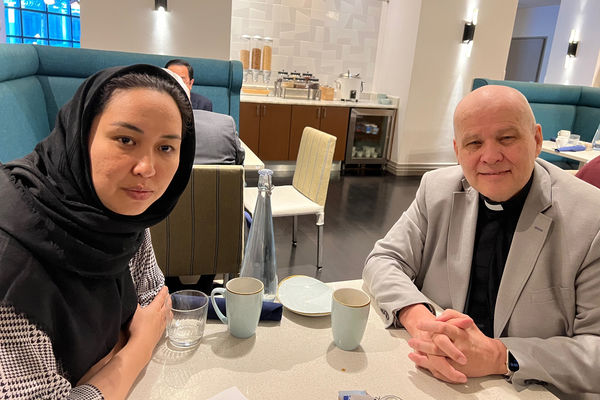 Salima Mazari and Jan-Aage Torp having breakfast at the Summit. Mrs. Mazari fled from her native Afghanistan when Taliban took over in 2021. (Photo Credits: EAL Media)

European Apostolic Leaders (EAL) has accepted the invitation of Dr. Sam Brownback, the Founder and President of the annual International Religious Freedom (IRF) Summit which will be held next time in June 2023 in the US capital, Washington DC, to be a Partner of the IRF Summit.

Brownback was the US Ambassador-at-large of Religious Freedom from 2018 to 2021, appointed by President Donald J. Trump. Formerly he was a US Presidential candidate, a US Senator, and the Governor of Kansas.

The IRF Summit 2022 was held this week in the prestigious Renaissance Washington Downtown DC Hotel, and is the largest civil society-led conference in the world focused on advancing international religious freedom. The summit highlights the remarkable bipartisanship that has characterized the growth of the international religious freedom movement over the last 25 years. Among the speakers this week were the Speaker of the House, Nancy Pelosi, Secretary of State Anthony Blincken, former Secretary of State Mike Pompeo, and Senator Marco Rubio.

- I have attended the IRF Summit this week with great interest. EAL has a broad focus on religious freedom in the nations, and we will bring an even broader perspective to the summit next year. We cooperate respectfully with great non-Western nations of the world. We also need to communicate that Northern and Southern European nations face some daunting religious freedom challenges which are hardly addressed by the international religious freedom movement, so this is meaningful for EAL, says Jan-Aage Torp who is the President of European Apostolic Leaders (EAL).