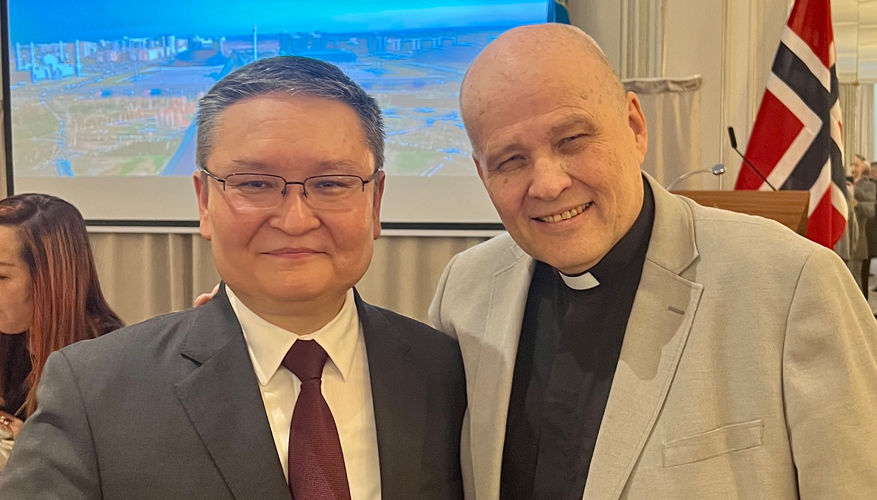 EAL´s President Jan-Aage Torp, his wife Aina & family were honored to be invited to the diplomatic reception today on the occasion of the Republic of Kazakhstan’s National Day.

The Reception was held at the Mirror Hall of Grand Hotel, and was led by Kazakhstan´s Ambassador Yerkin Akhinzhanov. We were served delightful Kazakh finger food and drinks, and a renown Kazakh musician entertained beautifully.