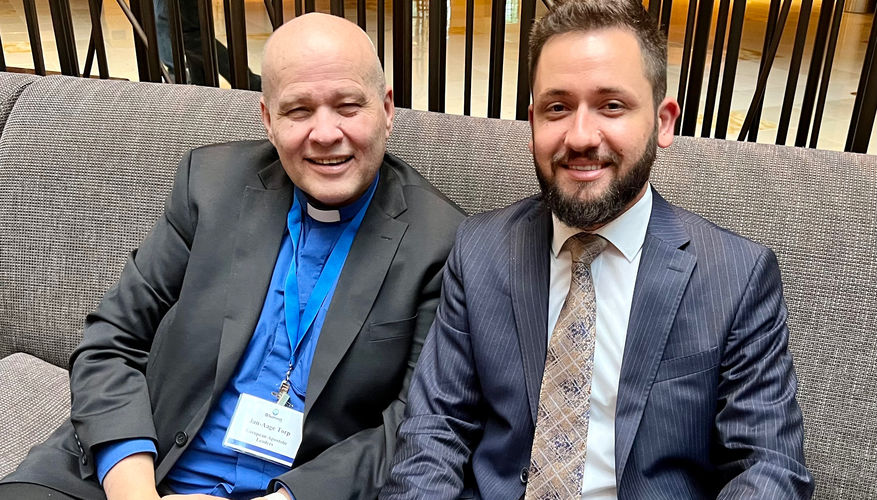 William Bnyameen of the Assyrian Church in Assyria is a spokesman for this persecuted church in Iraq. Photo: EAL. 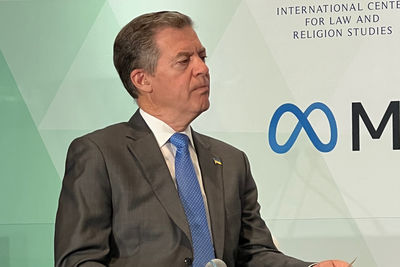 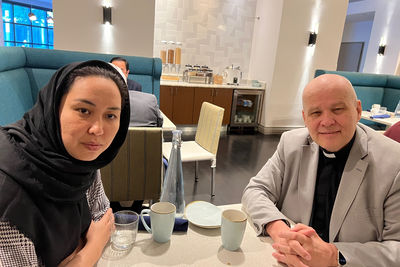 - The strongest impression I am left with is my meeting with William Bnyameen from the Assyrian Church in «Assyria», one of the world's oldest churches, who addressed a passionate appeal to the conference and to me personally to fight for his people and his church, tells Pastor Jan-Aage Torp who attended last week's International Religious Freedom Summit (IRF) in Washington DC, chaired by former Senator and Ambassador Sam Brownback.

- The Assyrian Church was established after their people had turned to the God of the Bible when the prophet Jonah came on his famous mission. «Assyria» is located in what is today known as «Kurdistan» in northern Iraq. Bnyameen is the official spokesman for the remaining Assyrian church in Iraq, and he says they have been persecuted for hundreds of years, especially in the last 20 years. In 2003, there were 1.3 million Assyrians in Iraq, but by 2022 there are only 84,000 left. Their properties have been deprived of them by the authorities, and they are lawless and stateless, says Torp who personally knows the leader of the Assyrian church in Norway who is a taxi driver in Oslo.

The 2022 IRF Summit was held for the second year in a row, and has become the world's largest conference on religious freedom, chaired by civil society.

Former Senator Sam Brownback was in 2018 to 2021 Ambassador for Religious Freedom, appointed by President Donald Trump, when Joe Biden in 2021 chose to appoint the Muslim Rashad Hussain instead.

The conference was held at the prestigious Renaissance Washington Downtown DC Hotel, 400 meters from the White House, and among the speakers were renowned US leaders such as Nancy Pelosi, Secretary of State Anthony Blincken, former Secretary of State Mike Pompeo, and Senator Marco Rubio.

Brownback's credibility as a champion of biblical values ​​led to the launch of this annual summit in 2021, and has already become a significant factor internationally, says Jan-Aage Torp, who attended the IRF summit as President of the European Apostolic Leaders (EAL). 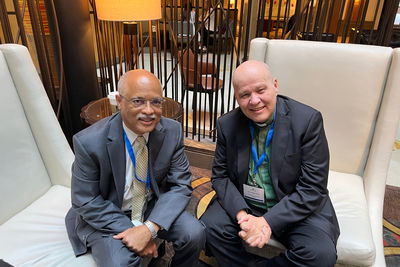 Anthony Vance is the leader of the Baha'i community in the United States. Photo: EAL.

EAL has accepted the invitation from Sam Brownback to be a partner for the next conference - which will be held in June 2023 in the American capital. Partners include Open Doors, ADF International, Family Research Council, China Aid, Samaritan's Purse, and a number of organizations within Islam, Judaism, Hinduism, the Baha'i and other religions.

- I have admired Brownback since I was introduced to him in 2004 by my friend Lou Engle. Brownback is a persistent advocate for the baby in mama´s womb and the classic family institution, says Jan-Aage. 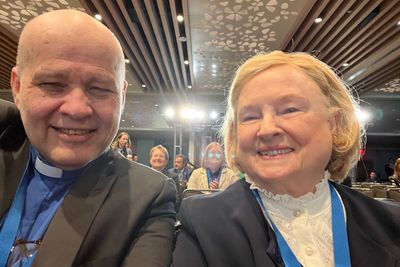 Dr. Mary Ann Glendon is a law professor at Harvard Law School. To Jan-Aage's surprise, she is opposed to abortion. Photo: EAL. 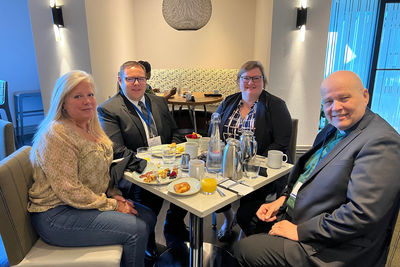 - What are your main impressions?

- It made an impression on me to get to know personally Mrs Salima Mazari from the Hazara people in Afghanistan. She had to flee with her husband and three children when the Taliban took over in Kabul last year. She begged me to help her people, says Jan-Aage Torp.

- I'm not sure what influence this conference has because it is too one-sidedly based in the USA, Torp believes. - Therefore, organizations like EAL are needed that can bring other perspectives, and that have an influence on other continents. 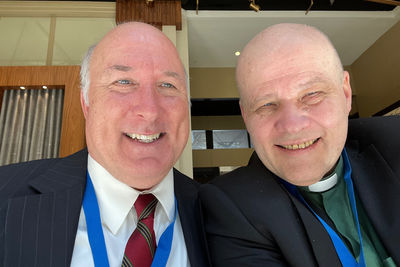 - Sometimes I got the impression that the IRF Summit was almost synonymous with American foreign policy, and that is certainly not Brownback's intention, says Jan-Aage Torp who himself works actively in relation to governments in countries like Egypt, Saudi Arabia, India, China and European countries.

- The meeting with American Christians also made a strong impression on me, Jan-Aage Torp continues.

- Not least my new friend, Mary Ann Glendon, who is a law professor at Harvard Law School, and a strong opponent of abortion! She said that she is the only abortion opponent at the faculty.

- I also enjoyed new friends from the American Center for Law and Justice (ACLJ), which Finn Jarle Sæle and I were introduced to in 1993 by Pat Robertson. The ACLJ is one of the foremost flag bearers in the United States for Christian values.

- I also had useful conversations with Brian Gilpin who leads 50,000 families who all do serious home schooling. He inspired me to dare new initiatives in Europe, says Jan-Aage.