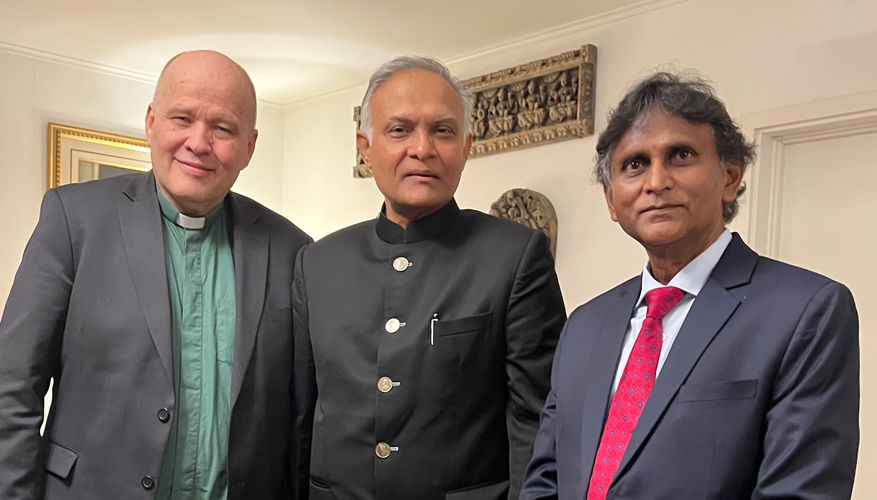 India´s Deputy Minister of External Affairs, Mr. Sanjay Verma, visits Norway for a couple of days this week, and tonight the Ambassador of India to Norway, Dr. B. Bala Bhaskar & his wife Kavitha, hosted a special dinner reception in honor of him.

Sanjay Verma has the responsibility in the Indian Ministry of External Affairs for Europe, United Nations, and the «Western Region».

Some 25 distinguished guests enjoyed the best of the Indian Cuisine, and warm and lively conversations..

EAL´s President Jan-Aage Torp was honored to be among the guests.

Among the other guests were the Secretary of State for the Norwegian Ministry of Foreign Affairs, Mr. Erling Rimestad; Norway´s current Ambassador to India, Mr. Hans Jacob Frydenlund as well as four former Norwegian Ambassadors to India; several representatives of the Norwegian Ministry of Foreign Affairs; the CEO of Norway´s third largest Company, Yara, Mr. Svein Tore Holsether who is also the President of The Confederation of Norwegian Enterprise (NHO) which is Norway’s largest organisation for employers and the leading business lobbyist.