Menu
Leadership/The President´s Blog/What can we learn from the Aberrations of the Shepherding Movement?

What can we learn from the Aberrations of the Shepherding Movement?

In May 1993, I got to know Pat Robertson. Later that year, Pat & his wife Dede spent one full whirlwind week with us in Norway, crisscrossing our nation in his private jet, speaking at rallies in big auditoriums, and conducting events in the power centers of our nation. 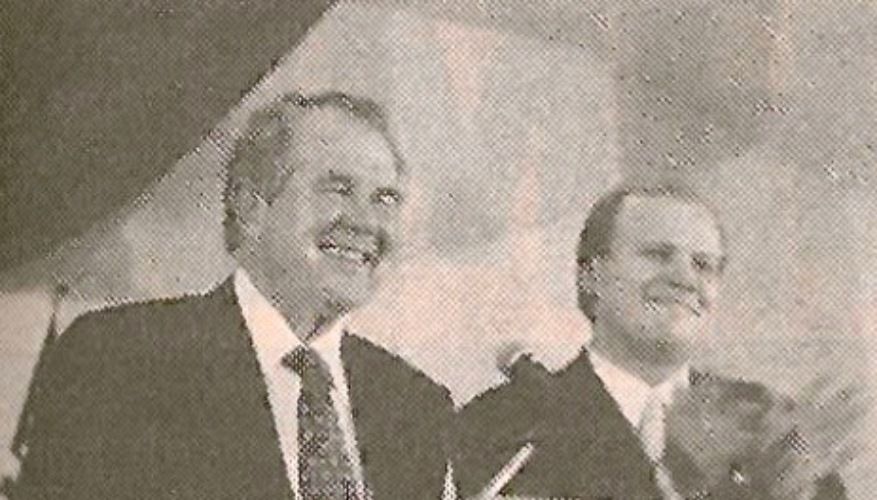 Pat Robertson and Jan-Aage Torp preaching together in Oslo in 1993 (Photo Credits: Dagen)

It was fun to be served peanuts and Pepsi on the airplane - by Pat himself! Obviously, I will never forget it.

In the following years, he received me several times in Virginia Beach, and I had the opportunity to sit «ringside» when he met with US and world leaders. He advised me in several matters, but for many years I was not able to bring his advise to fruition in the real world. By God´s grace, Pat´s investments in me have since started to pay off.

One of the areas that impacted me in our jet travels over the mountains of Norway in 1993, and especially during my six visits with him in Virginia Beach in 1995-96, was his counsel regarding «the Shepherding Movement». I had encountered this movement several times since my study days at Fuller Theological Seminary in 1981-83.

I remember especially my good friends from Kansas City, who I studied with at Fuller, who had experienced unbelievable atrocities. They were clearly marked by the psychological pressure mechanisms - «in God´s name».

In 1992 I encountered this movement again, this time in a British version. Of course, the background was that I «needed covering», and they would give it, if I did everything to the dot in their way.... I severed ties with them after less than one year.

In 1995 I had been approached by a US movement that was «post-Shepherding», but with several of the same traits - especially «spiritual fathers», unhealthy submission practices & teachings, «governmental», and «tithing upwards to your personal covering». I ministered in several of their local chuches in New York, Pennsylvania and Minnesota during 1996 while I studied at Regent University in Virginia Beach, but I refused to join their movement as such.

In my distress, I asked Pat, and he gave me copies of a correspondence from 1975 between himself and Bob Mumford. His counsel to me was to think thoroughly before I entered into any relationship with similar movements. «That will hamper your development», Pat warned. Because of this warning, I shyed away until matters had seemingly been dealt with.

The Shepherding Movement had started in 1970 in Fort Lauderdale, Florida when five men, popularly known as «The Fort Lauderdale Five», came together to «bring maturity» to the Charismatic Renewal.

These five men were Ern Baxter, Derek Prince, Charles Simpson. Don Basham and Bob Mumford. The architect of «the shepherding system» with one «shepherd/pastor» over 8-12 individuals, was primarily Charles Simpson.

Their strongest critics in the Charismatic Movement were men of God like Pat Robertson, Demos Shakarian and David J. du Plessis.

The Shepherding Movement ended in this original form in 1986, even though some continued to build in much the same way afterwards.

Letter from Pat Robertson to Bob Mumford on June 27th, 1975 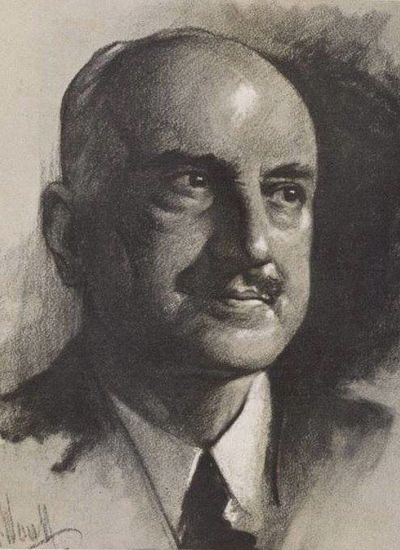 I will not attempt to render Pat Robertson´s personal warnings and advice to me about the so-called «discipleship-sherpherd-submission» teaching, which is what he called it. My memory might do injustice to him. Suffice it to pinpoint several matters from the letter from Pat Robertson to Bob Mumford on June 27th, 1975, which Pat Robertson himself made public, so it is definitely quotable. The whole letter is attached as a downloadable pdf-file below.

Let me underscore that Bob Mumford sincerely repented several years later, as did also Derek Prince. I know for sure that Prince and Mumford had several years of fruitful ministry afterwards. Personally, I have received much blessing through the videos and books of Derek Prince.

Pat Robertson addressed «a cultish jargon unfamiliar to me»:

«They did not join churches, they «submitted». They did not have pastors, they had «shepherds». Instead of speaking much about our Saviour, they spoke much about their «relationships» and then «submission"»to this one».

He then wrote about «the unscriptural domination of one man by another»:

«My spiritual antenna began to be activated, because I sensed here what seemed in embryo an unnatural and unscriptural domination of one man by another. My fears were confirmed when on a journey to Oral Roberts University I learned of the chaos that had been brought about in the student body when a certain twenty year old lad proclaimed himself the «shepherd» of a group of his fellow students whom he made «submit» to his domination and from whom he exacted tithes. When the «cell» was finally broken up, the youthful «shepherd» lamented, «But I promised them that I would never leave them nor forsake them».

Pat Robertson continued on the abuse of «submission»:

«Later I felt continual pressure on CBN to include in our counseling staff those who embraced this «submission» doctrine. In one instance a secretary we hired from this group turned out to be a hopeless cripple who could scarcely type a letter without a long distance telephone call to her «shepherd».  In one instance one of our TV viewers called to be prayed with concerning a problem. The «submitted» counsellor said nothing about Jesus, but asked, «Where do you submit?» When the caller informed him that she did not know what he was talking about, the counselor then said, «Unless you are submitted», I won't pray for you» (...) «During this time, one of our Board of Directors, who is a highly respected North Carolina businessman expressed extreme alarm that some of his wealthy Christian friends were being forced not only to divulge the most confidential details of their financial and family life, but were being urged to pour their resources either into the pockets of the head «shepherds» in Fort Lauderdale or into those of Charles Simpson in Mobile». 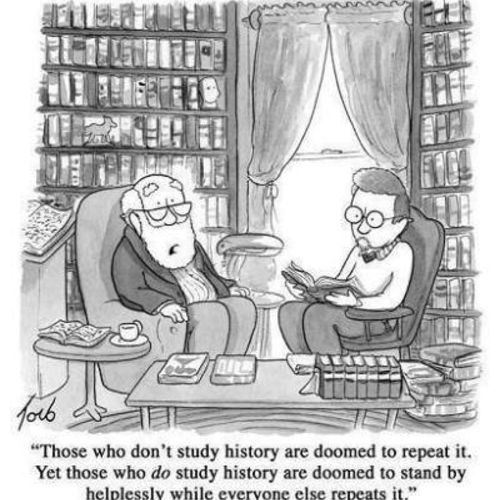 «Bob, why do charismatics always have to take simple Bible truths and push them to such ridiculous extremes that they become unbalanced and heretical? Why is it that these teachings invariably exalt man and his activities and powers above Jesus and His powers?»

He addressed «tithing up to the top»:

«like a spiritual chain letter the shepherds submit (and pay tithes) up to the top shepherds, who in the United States finally submit to Bob Mumford».

Pat on «doctrine and damnation»:

«According to Wayne Fast, when he would not submit to this chain, he was told that he would «miss out on the Kingdom of God» and further that he would be «ruined spiritually, physically, and financially».

«In doctrinal matters. only the matters of circumcision and keeping the law of Moses were ever referred by Paul to the Council in Jerusalem. Never did those in Jerusalem attempt to damnate Paul or any of the churches that he founded. It would have been unthinkable for them to exact tithes of Paul. or for him to exact them from those that he led to Christ. He «rebuked, exhorted, taught. and showed by example». Never would he have tried to pry open the secret lives of all the people in his churches. How utterly repugnant to the New Testament is the 5 &10 cent store psuedo psychological meddling and domination now being practiced. For the attitude of the true apostle read his letter to Philemon.

«There was clear cut authority in the New Testament, yet it was never really used. In today's church what is the authority? The Pope? The World Council? The National Council? The Assemblies of God? The Church of God? The Methodist or Episcopal Council of Bishops? The Archbishop of Canterbury? The Full Gospel Business Men's Board of Directors? Oral Roberts? Billy Graham? CBN? Rex Humbard? Five teachers in Fort Lauderdale? Juan Ortiz? The Southern Baptists? Ten in Louisville, Kentucky».

«None of these? Every pastor? The Holy Spirit dealing with a priesthood of believers?»

«If the Jerusalem Council which included eleven men who lived personally with Jesus, was very cautious and reserved in dealing with their fellowmen, how can any little group of charismatics in our confused state be so terribly dogmatic in trying to dominate others?»

«It is obvious that any mcvement which feeds upon itself will expire. Jesus gave to his church the task of «holding forth the word of life to a world without hope. The obsessive desire to order and govern Christians will invariably cut the nerve of evangelism. Jesus said to «feed my sheep». Healthy, well fed sheep must reproduce. Jesus did not say «dominate sheep and prohibit them from reproducing». 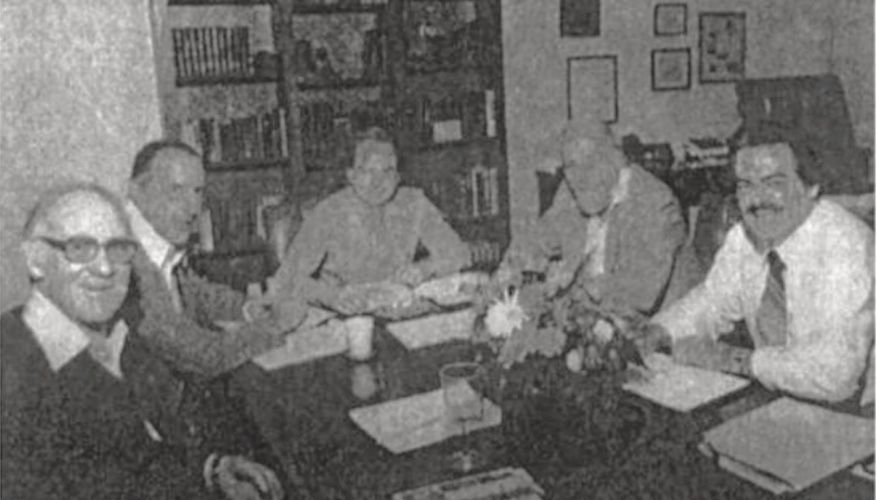