An alarming anti-Israel campaign is developing in the Western world. On many university campuses in Europe, posters have gone up proclaiming «Israeli Apartheid Week 2014». We need to stand with Israel and pray that falsehood related to Israel will not be allowed to multiply in deceiving students in the universities where this delegitimization effort is being observed. 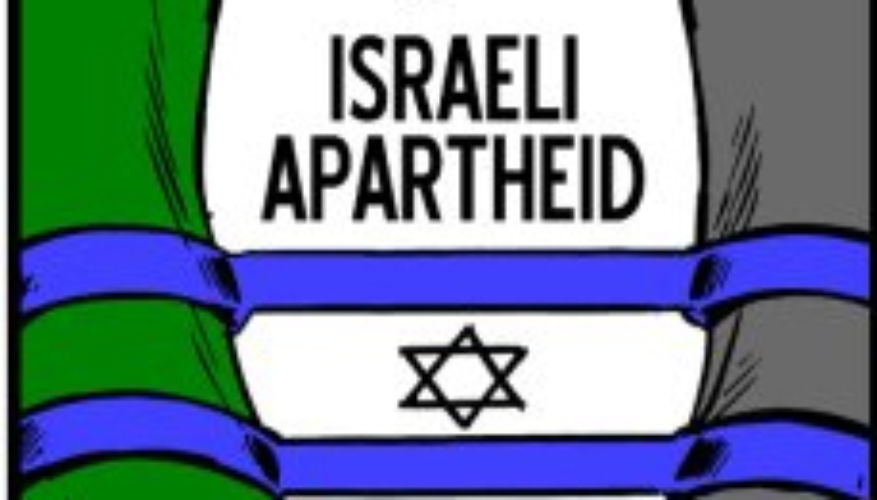 This week posters have gone up on many college campuses across Europe and the United States proclaiming «Israeli Apartheid Week 2014». Most of these posters bear somewhere on their faces a depiction of «the wall» (some with an Israeli flag waving atop) which separates Israel from parts of the contested territories of Judea and Samaria.

Even the well-acknowledged Norwegian Church Aid has launched a broad campaign to economically boycott Israeli goods. A primitive campaign, to tell you the truth. Even their former Executive Director, now Norwegian State Church Bishop Atle Sommerfeldt, has questioned the wisdom of their economic boycott.

At Oxford University, and similar institutions, students are invited to attend anti-Israel lectures, films and demonstrations. In some cases this cause appears to be supported by the administrations themselves. The London School of Economics' International History Department reportedly actually used the term «Israeli Apartheid» in an email sent out to students inviting them to an event organized by the local Palestine Society. After being confronted by an Israeli graduate student for forwarding an official email to the entire student body using the words «Israeli apartheid», in effect presenting it as a «fact» which would be commented upon at the forum, the department was forced to send out a clarification stressing that the positions and opinions of the email did not represent those of the department («Israelis abroad prepare to battle Israel Apartheid Week»).

Of course, Israel is not an apartheid state, nor does «the wall» set apart a people on a basis of race or creed. Over 20% of Israel's citizens residing within its internationally-recognized borders are Arab, most of them Muslim. Nor was the wall built by «state authority against the social and civil rights of a minority of citizens, due to ethnic prejudices». Rather, it was built after Israel had withdrawn its military presence from cities in Judea and Samaria, rendering up governmental autonomy to the Palestinian Authority, an authority which then sanctioned the preparation and sending forth of terrorist murderers to prey unprovoked upon Israeli citizens. Hundreds of civilians, men (women, children, Jew and Arab) were slain, and multiple thousands seriously wounded. The wall was built as a defense against these attacks. But today propagandists are using its presence as a tool to demonize Israel, banking on the ignorance or forgetfulness of the public at large as to why it was constructed in the first place. (This past Christmas season, a prominent church in the heart of London infamously spent a reported 30,000 British Pounds to construct a 30 meter long, eight meter high replica of «the wall», presumably (for all of their written disclaimers) to focus attention upon the heartless callousness of an Israeli entity against the poor citizens of «O Little Town of Bethlehem». Ironically, the very Palestinian leaders who support the «Israel Apartheid Week» have on numerous occasions declared that there will be no Jews allowed to live within the borders of any future Palestinian State.

We need to pray 1) that the falsehood related to Israel will not be allowed to multiply in deceiving students in the universities where this delegitimization effort is being observed: 2) for courageous men and women of integrity and spiritual insight to arise to counter the lies with truth.