Annus mirabilis (Latin=A marvelous/extraordinary year) is a term that has been used about Albert Einstein´s scientific research, John F. Kennedy´s Year of Promise, and other times of great hope. But Europe with the present backdrop of financial collapse and division would in the eyes of many respected leaders rather be facing an annus horribilis. However, this is the time that Apostle Peter spoke about in Acts 3: "The period of restoration of all things"! 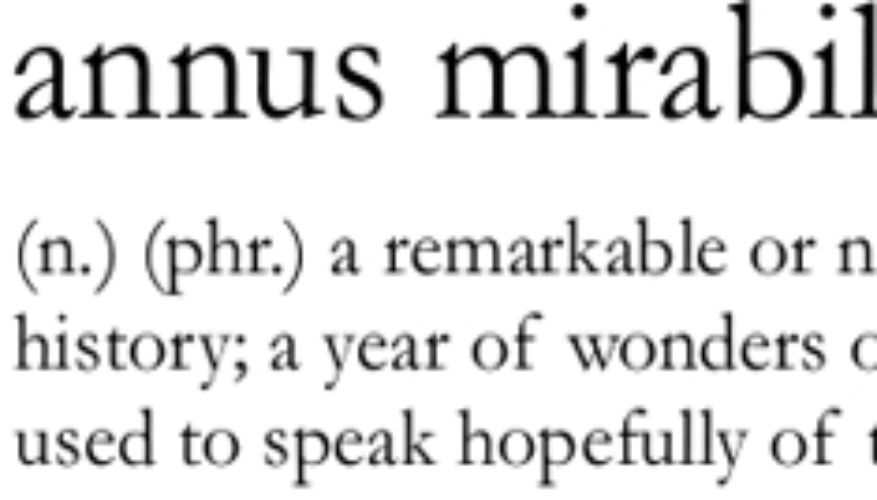 Europe is a continent of historic wars and intrigues, great conquests and achievements, wonderful ideas and discoveries. This is the conglomerate of cultures, races and contrasts that for thousands of years has survived, overcome, and sustained herself - despite all odds. This is the continent of spiritual giants such as Apostle Paul, Joan of Arc, Martin Luther and John Wesley who paved the way for great spiritual progress, producing reformational and missional movements that have influenced the whole wide world.

Is God planning to ditch Europe?

A movement is developing all over Europe, especially in the homes, schools and workplaces, of ordinary people with faith in an extraordinary God who does extraordinary wonders! God is the God of the annus mirabilis - the year of marvelous, extraordinary things!

But God is merciful and full of grace as well.

He spoke the Word of Promise 2000 years ago through the mouth of Apostle Peter: "repent and return, so that your sins may be wiped away, in order that times of refreshing may come from the presence of the Lord; and that He may send Jesus, the Christ appointed for you, whom heaven must receive until the period of restoration of all things about whichGod spoke by the mouth of His holy prophets from ancient time" (Acts 3:19-21).

In Europe, the Promise has proven to have power. That´s why we ask with optimistic fervor: Has Europe entered an annus mirabilis?