2017 will show that the New Apostolic Reformation has arrived in Europe
Jan-Aage Torp
February 04, 2015 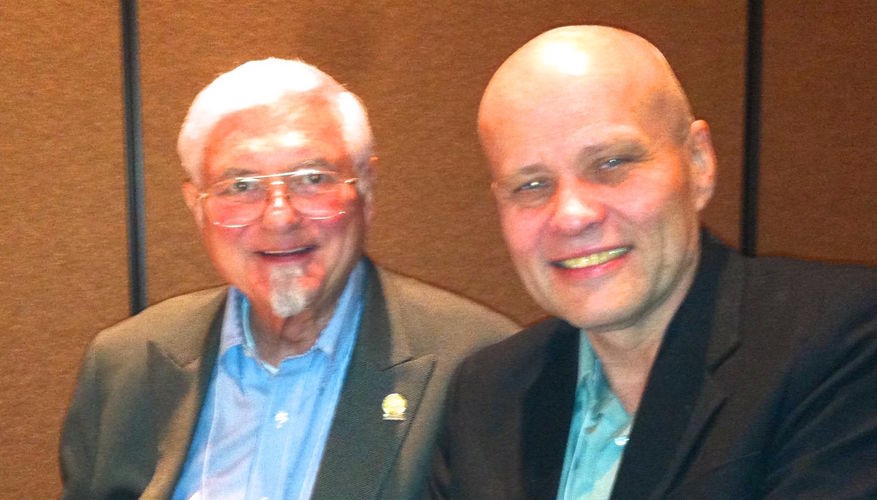 Peter Wagner and Jan-Aage TorpThe statistician David B.Barrett has estimated that pentecostal-charismatics will have reached 740 million human beings by the year 2025. But in the study “World Christian Trends, Ad 30-Ad 2200: Interpreting the Annual Christian Megacensus” (William Carey Library, 2001 – co-author Todd Johnson) Barrett concludes that only 12 percent of this growth takes place in “traditional pentecostalism”, which includes the Pentecostal Movement in Europe. Virtually all dynamic growth happens in congregations and movements that are often called “neo-pentecostal”, “neo-charismatic”, “the third wave”, or as Wagner puts it: “The New Apostolic Reformation”. Even local churches in historical denominations make dramatic changes with the goal of experiencing reformation and growth. It is by no means so that Christianity grows rapidly just because lutherans, catholics and methodists speak a little in tongues, prophesy and pray for the sick. Growth happens with costly consequences of faith!

Professor Peter Wagner wrote 40 years ago the groundbreaking study on the enormous growth of the pentecostal revival in Latin-America: “Look Out! The Pentecostals are Coming!” (Creation House, 1973). Here he introduced the nine characteristics of this growth: 1) Power from on high. 2) The gospel to the people. 3) Church planting. 4) Plant seeds in good soil. 5) Healthy churches. 6) Theological training on the streets. 7) Fun in church! 8) Prayer for the sick. 9) Social involvement.

All of this is still the case in the new apostolic reformation, but it has developed even stronger and more structural, radical characteristics, in many ways different than the seeker-sensitive, low-threshold form of Christianity which many charismatics seem to have chosen. 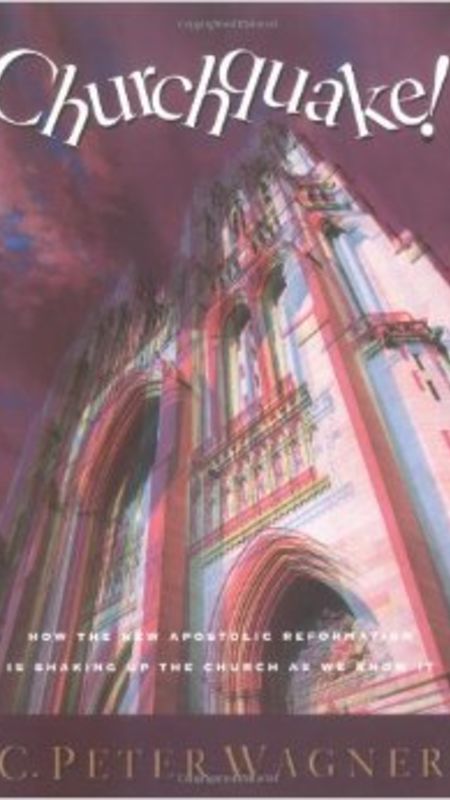 “ChurchQuake!” by Peter Wagner (Regal Books 1999)1) A new name as an identifying factor that substitutes old labels and denominational terms. Wagner´s suggestion, “New Apostolic Reformation”, seems to be used on most continents, and other names are also used.Peter Wagner published the study “ChurchQuake!” (Regal Books 1999) where he identified nine aspects that characterize this apostolic reformation. It is thrilling to present these aspects that will revolutionize European Christendom when they are received as more than light entertainment in charismatic clothing, but actually will have consequences for our choices.

2) A new authority structure is significant in the worldwide reformation, specifically the great authority that is given by the Holy Spirit to individuals. Even though names such as “apostle”, “prophet”, “pastor” and “evangelist” are boldly used today, the names are not the focus, but the content of the names. We have moved away from beaurocratic authority to personal authority. Locally, the new apostles are often leaders of local churches. New apostolic churches trust their pastors. In traditional structures the trust is placed in committees and boards. Regionally, churches and ministries relate to the leadership of apostles, rather than the bureaucracy and synods of denominations.

5) New praise and worship by creating new songs and music, in keeping with contemporary styles. Everyone takes active part in passionate praise, some sit, others stand, and even others move around. We are not performance oriented.

6) New forms of prayer characterize our churches. Ample time is given to unison prayer in our public gatherings. We pray boldly, full of faith, and loudly in our mother tongue and in tongues, and we mix this with our praise and worship. Apart from our public gatherings we have praise marches, prayer walks, and alternating prayer meetings in different venues.

7) New finances that are characterized by the joy of giving – and giving generously. Our giving happens through tithing, holy gifts, and offerings, and taking up the offering is done with joy and excitement. We expect generous giving. Everyone expects to be blessed themselves by giving to God´s work.

8) New evangelization happens with an emphasis on the poor, the needy, and the sick. We evangelize with love and creativity. Church planting is the key to the gospel reaching new categories of people.

9) New power orientation is characteristic of everything we do. We practice healing, casting out demons, prophecy, dreams, visions, acts of faith, prophetic acts, identificational repentance, spiritual warfare, prayer expeditions – and we expect that lives and circumstances are transformed by God´s power!

Undoubtedly the new apostolic reformation represents a worldwide ChurchQUAKE. I see it when I travel to Africa, Asia, Latin-America, and North-America, and the reports from all continents agree.

In 2017, it will be 500 years since Luther´s Reformation. That will alsoshow that the New Apostolic Reformation has arrived fullfledge in Europe!