The Versatility of the Apostolic Movement

Apostles are men and women of authority and power. That´s why the New Apostolic Reformation is expanding globally. 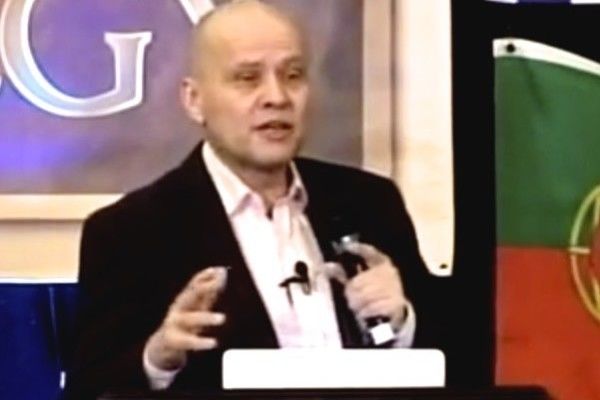 A study of "ACTS of the Apostles" shows a movement of the people that radically followed Christ.

The answer is simple: The Church was led by apostles who had received great power and authority!

The apostles had gone through severe trials and persecution to reach their level of usefulness for the Lord. Apostle Paul went through persecution from the churches even, and his preparations took at least 14 years.

History shows that God empowers individuals who lead MOVEments. It always starts with a PERSON.

But isn ´t this rather risky? Putting so much authority and trust in an individual?

Yes, it is risky. The Bible and history shows examples of individuals who have brought great destruction, often irreparable.

That´s why apostles need to build a team. Such a team must not be yay-sayers, nor nay-sayers, but integrouos men and women who speak the truth, constructively.

I have watched and functioned in apostolic ministry for 2 decades.

I have seen how yay-sayers have allowed destruction of churches and marriages, in the misunderstood name of "submission". In 1998 this happened in Oslo with the 3 "great" leaders of Oslo´s 3 largest churches who accepted sin, stupidity, and heresy for the sake of "friendship and love".

I have even seen how the apostolic movement in Europe has been hampered because of similar stupidity.

All apostles need checks and balances. Beware of a movement where the apostles won´t allow questions and scrutiny. Healthy apostles are real people who will listen to their team, and who are consistent in their decisions and communications. An "apostle" who makes decisions based on their "pizza prophecies", medication and alcohol consumption. and fleeting emotions, is simply unhealthy.

But we must appreciate that God does invest His authority in apostles. When God speaks to His set-man, then we need to take it seriously!

The Pentecostal Apostle to Europe, T.B. Barratt, came under heavy criticism when he in 1930 decided to dissolve the Norwegian Pentecostal Foreign Missions organization, and instead distribute the missionaries among the local churches. It seems that his decision was right, in the long term. Together with Lewi Pethrus, the Swedish Pentecostal Apostle, Barratt presented the decentralized model all over Europe, and many followed their example. However, many did not follow their example, as well. This paved the way for a more diversified Pentecostal Movement in Europe, where some chose a denominational approach, others a network approach.

It seems that VERSATILITY, FLEXIBILITY and ADAPTABILITY is very significant for the Apostolic Movement through history. Stagnant organizations that are called "apostolic" by name, without having the power and versatility, will be forgotten very soon.

I enjoy to watch the New Apostolic Reformation today. The developments in Latin-America during the past 20 years are breathtaking. Fernando Guillen, my apostle friend from Bolivia and Brazil, has painted an exciting picture for me of the powerful developments. How the G12 model that started in Colombia has led to diversified structures that mostly work well with each other, is fascinating. Rene Terra Nova of Manaus, Brazil leads one of the world´s largest apostolic networks, but started out as a part of G12. A strong apostle like Terra Nova has blossomed and is now a world leader, inspiring and instilling faith and hope in millions of people on several continents, including Europe.

In 2000-2001, I came under heavy fire from the leadership of the Pentecostal Movement in Norway because of my association with the New Apostolic Reformation: They likened International Coalition of Apostles (ICA) to the rigid cardinals-system of the Roman-Catholic Church. However, I assured them that the opposite is the case in ICA. We did not have a system with Cardinals and Bishops who were under Papal authority. The next years proved beyond a shadow of a doubt that ICA was a birthing-movement for lots of great initiatives, and there was never an effort to control or manipulate.

Dr. C. Peter Wagner (84) is recognized as the father of the modern day apostolic movement, which fittingly is known as the New Apostolic Reformation (NAR). He has been a major world leader since the 1980´s, and I have had the privilege to know him personally, and work with him, since my student days at Fuller Theological Seminary in 1981-83.

One of the characteristics of Dr Wagner is GREATNESS. He instills in his global team a sense of destiny and vision. A MOVEment needs to have that sense of destiny, which again produces energy. There is nothing "small-minded" about Wagner. He says: "Go, do it!" And he will support you.

I remember how Dr. Wagner attended the annual event in 2008 of John P. Kelly´s "Wealth-Builders" initiative. I was sitting beside Peter & Doris during the whole event, and even though Peter did not have a very public role, he was very supportive and positive about Kelly´s tremendous initiative to mobilize and equip wealth-builders.

Since 2010, Dr. Wagner has handed all his leadership responsiblities over to his spiritual sons and daughters: "Global Harvest" to Chuck Pierce (under "Global Spheres"), "Wagner Leadership Institure" to Che Ahn, "Apostolic Council of Prophetic Elders" to Cindy Jacobs, "International Coalition of Apostles" to John P. Kelly. Many other initiatives as well: "Apostolic Council of Educational Accountability", "Apostolic Deliverance Ministers Association" etc. He supports them all.

But Apostle Wagner is not too old to have apostolic visions. On January 20th, 2015 he announced the establishment of "Association of Apostolic Centers". Clearly God is working globally today through Apostolic Centers.

In Europe today, I keep getting questions about Dr. Peter Wagner. His influence is in every nation. Not through a position, but through his apostleship of GREATNESS. He has been willing to work with great European leaders, even when they strongly opposed his views. The classic confrontations in the Lausanne Movement between John Stott and Peter Wagner in 1980-1989 are historic. But Wagner was always noble and chose to find the strong points in John Stott´s opinions. I happened to know John Stott as well, and he told me himself how impressed he was with Wagner´s approach, even though he disagreed with Wagner´s Kingdom theology.

The attempts during the past years to create one apostolic structure in Europe, whether under US or European "control", have always proven to be a catastrophe. The New Apostolic Reformation cannot be controlled. Like during the Protestant Reformation of 1517, the Holy Spirit will work through His empowered apostles and their teams.

Without the VERSATILITY and GREATNESS of the Apostolic Movement, the growth and expansion would be stifled. The diversity is a strength and a prerequisite for continued growth and development.