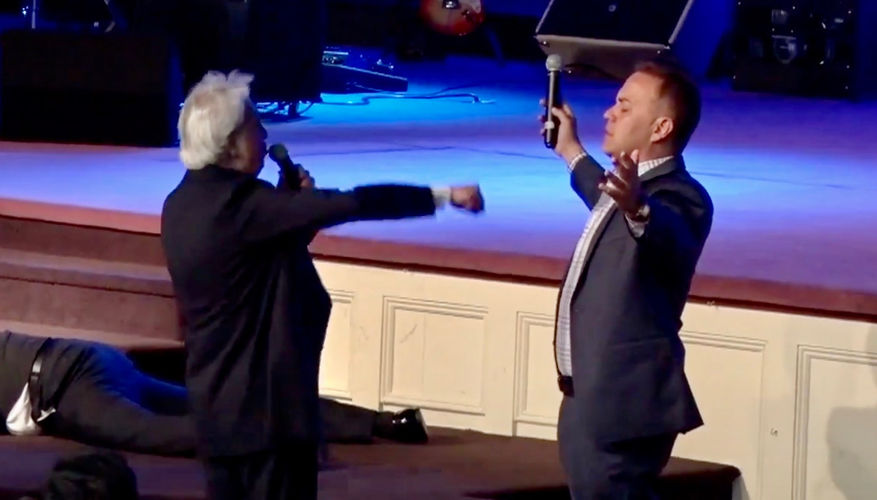 It is an event of international proportions that the prophet and evangelist Rich Vera comes as the keynote speaker for the Europe Gathering at the Q42 Congress Center in Kristiansand on September 29th-October 2nd.

Rich Vera was born in Hawaii of Argentinian parents, but as an 18 year old he moved to Orlando, Florida.

In the early 1990´s in Orlando he had a powerful encounter with the Lord, and he became one of the youth leaders in Benny Hinn´s ministry which was headquartered there.

When Rich Vera was called into the ministry, it was first the evangelist anointing that he became known for.

On March 7th, 2016, Rich Vera became known all over USA when he told about his prophetic dreams about the businessman Donald J. Trump becoming the coming President of USA. He had seen what God would do in USA, Cuba and India, and many other nations, and he had received revelations about medical breaḱthroughs and global changes. He talked in detail about this on Sid Roth´s world famous TV programs, «It´s Supernatural!» (Watch the video below)

During the Europe Gathering in Q42 we will experience miracles, salvation, and prophetic ministry.

But God will also use Rich Vera to declare the Lord´s plans for cities, nations and continents.