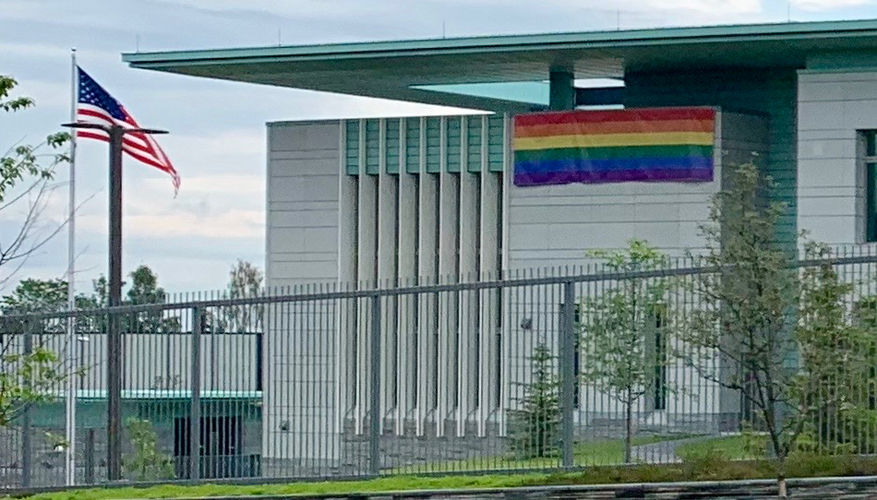 RNZ writes that «US diplomats have been finding creative ways to show support for LGBTQ+ Pride month after the White House banned them from flying the rainbow flag», but reports that «Norwegian Christian pastor Jan-Aage Torp tweeted a picture of the US embassy in Oslo, saying that the rainbow flag dwarfed the Stars and Stripes».