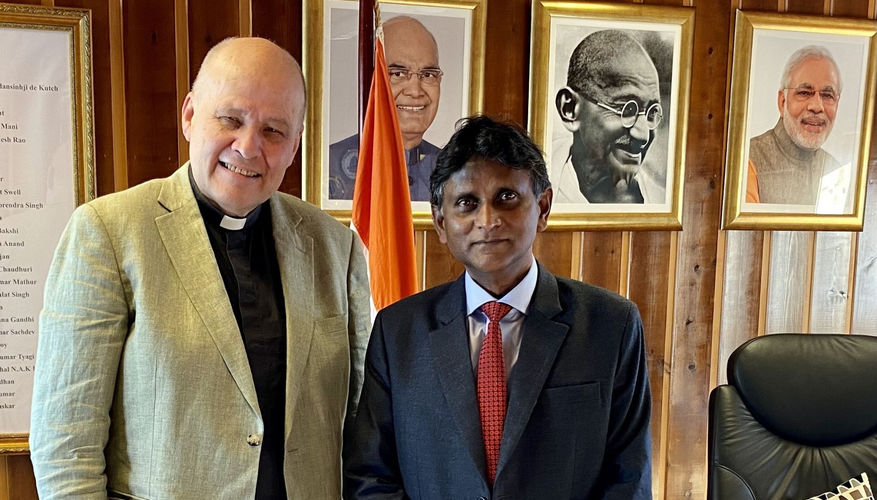 Jan-Aage Torp (to the left ) is invited to India by India´s Ministry of External Affairs. Here with India´s Ambassador to Norway, Bala Bhaskar. Photo Credits: EAL 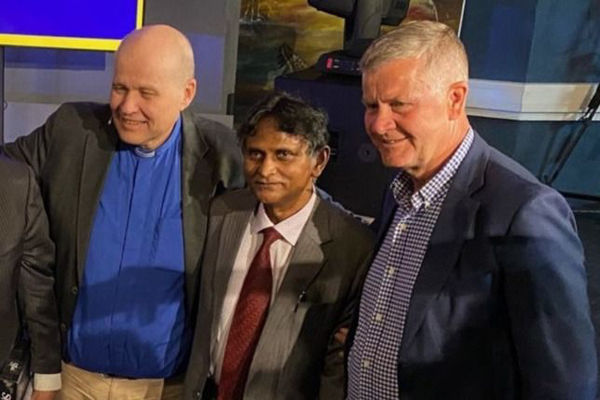 Jan-Aage Torp (to the left) together with India´s Ambassador to Norway, Bala Bhaskar, and Erik Solheim (to the right) at a conference that European Apostolic Leaders hosted in the Spring in Oslo, when the theme was «The significance of and the freedom of religion». Photo Credits: EAL

— This morning I received a phone call from India's Ambassador to Norway H.E. Dr. B. Bala Bhaskar. He informed me that I have been invited to India as an official guest of India's Ministry of External Affairs for a whole week from January 15th, 2023, says Jan-Aage Torp on Saturday morning in a message to his contact network.

Jan-Aage Torp has previously lectured on Gandhi's philosophy of non-violence and the Indian embassy has long been interested in holding official lectures on this topic.

— I feel very honored and have been interested in Gandhi's philosophy for a long time, but I am more a pastor than a historian on this topic. In the 90s, I did an interview in Seierstro with Norway's great philosopher, Professor Arne Næss. He also appeared in a trial that a couple of dozen members of Victory Church took to the Oslo District Court - and Næss testified forcefully that we had practiced Gandhi's philosophy of non-violence in the abortion campaign

The good relationship with India's Ambassador, Bala Bhaskar, developed over time. — We have discussed issues of religious freedom in India in connection with Christian missionaries in the country.

Bala Bhaskar has also been a guest with Torp in the TV program Hovedstaden with pastor Torp, which is broadcast on TV Visjon Norge and on the website of Hovedstaden. In India's embassy, they discussed, among other things, the relationship between Norway and India, and the diversity of beliefs and values in the world's most populous democracy.

— The official visit came about on the initiative of Deputy External Minister Sanjay Verma, who was on a visit to Norway in November, says Torp.

— I perceive this as an outstretched hand on India's part. They came to me as pastor and leader of KKN, Christian Coalition Norway.

Jan-Aage Torp is very much looking forward to his week-long stay in India from mid-January. He appreciates the interest they have shown in dialogue and in raising important questions.

—I wish I was in the situation where I could accept the extra week they offered me to be their guest in India in January to maintain the dialogue, and get to know even more one of the world's largest countries, says Torp.

India is about to overtake China in terms of population, and as the Jerusalem Post said in an editorial the other day, it is one of the most important countries to have contacts in. Torp agrees:

— I would think that not only applies to Israel, but also to us believers in the small country of Norway, he says.

— In India, I will meet with members of the Indian Parliament, Lok Sabha, members of the government, representatives of the Supreme Court and leaders of the major religions in India, including Christians, Muslims, Jews, Buddhists, Sikhs and Hindus.

— That this came into place is a great honor and blessing, concludes Torp.