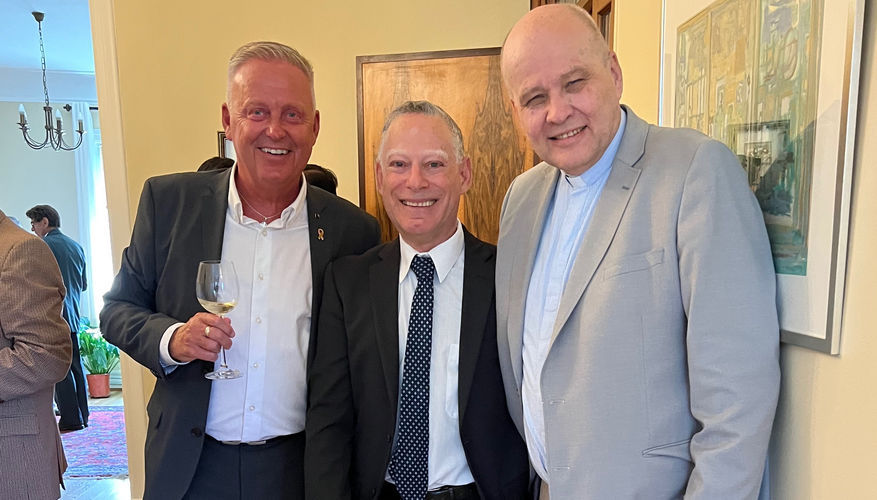 The four year tenure as Israel´s Ambassador in Norway and Iceland is coming to an end for H.E. Alon Roth, and 80 diplomats and friends gathered today at his residence in Oslo for a grand farewell reception.

The Director General of the Norwegian Ministry of Foreign Affairs, Vebjørn Dysvik, gave a warm speech, commending Alon Roth for his ability to listen respectfully to opposing views. while clearly stating his own positions.

Among the guests were ambassador colleagues from Egypt, Indonesia, Kazakhstan and USA, as well as Eigil Jespersen who leads the organization «Friends of Israel in the Norwegian Labor Movement» (VINA), and several civil society movements in Norway.