A report has been presented by London’s Metropolitan Police that cases of abuse where the child is accused of being a witch or possessed by an evil spirit are on the rise.
As apostolic-evangelical leaders in Europe today, we must NOT shrug this off as «far away» phenomena, because this kind of Christendom is being imported into Europe, all the time, at an alarming rate! warns ECAL Convenor Jan-Aage Torp. 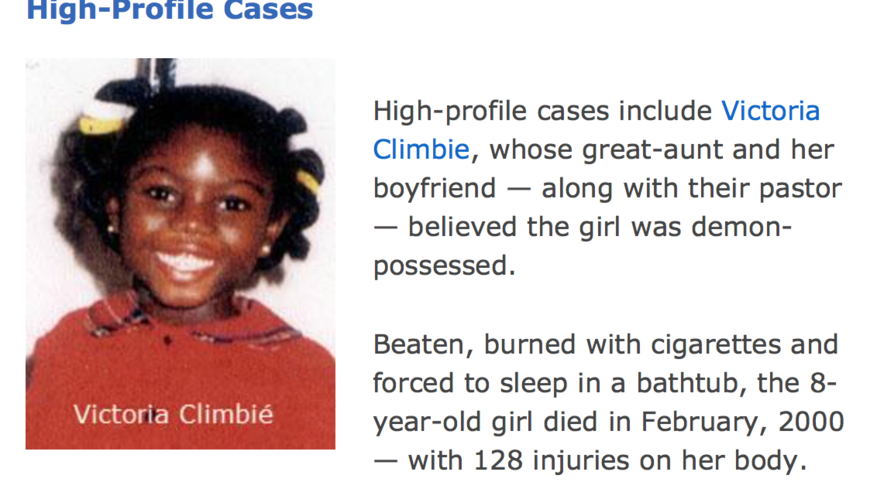 A report has been presented by London’s Metropolitan Police that cases of abuse where the child is accused of being a witch or possessed by an evil spirit are on the rise.

High-profile cases include Victoria Climbie, whose great-aunt and her boyfriend — along with their pastor — believed the girl was demon-possessed. Beaten, burned with cigarettes and forced to sleep in a bathtub, the 8-year-old girl died in February, 2000 — with 128 injuries on her body....

In 2005 a leaked police report revealed that children are being trafficked into the UK in order to be killed as human sacrifices....

Many Christian churches in Africa are part of the problem as well — as traditional beliefs are mingled with Christian theology regarding demons and exorcism.

I presented an article in April 2013 on my personal blog on «The Challenge of Witch Accusations in Africa», showing that this is a real problem in modern day African Christendom, both within evangelical, pentecostal and historic churches - as well in the heretical movements that are clad in «Christianese».

In February 2012 I wrote another article in Norwegian on my personal blog about the abuses of exorcism and fasting, connecting grim realities in Latin-America (Bolivia) to Europe (Norway and Sweden). 12 young people, connected to Norwegian and Swedish Pentecostal Mission, were in the mid-1990´s drowned in the Beni River because they were allegedly demonized. The «exorcists» were 19 year old preachers.... The sad reality is that the Pentecostal leaders in Scandinavia have never dealt with this, but just shoved it under the carpet....

This is not about African or Latino or European, but a global pheonomeon which we must deal with squarely!

As apostolic-evangelical leaders in Europe today, we must NOT shrug this off as «far away» phenomena, because this kind of Christendom is being imported into Europe, all the time, at an alarming rate! The beauty of the re-Christianization of Europe through «missionaries» from Africa, Asia and Latin-America has a down-side as well. In our desperation as Europeans because of the permeating damages of secularization, rationalism, aggressive atheism, and liberal theology, we must not accept everything that is offered unto us!

And we must NOT think that we need to permit such things because of the craving of new spiritual movements in Europe for more «fun & games», whether within New Age or other related demonic movements! In my own country, there is a very sad reality now of people taking high profile classes in communicating with the dead. Not imported from Africa, Asia or Latin-American, but white & western! As apostolic-evangelical leaders we must not align ourselves with such play with peoples sanity and spiritual health!

I am thankful to God that we have in our related movement, International Coalition of Apostolic Leaders (ICAL), such major African leaders as Paul Gitwaza of Kigali, Rwanda, Wale Adefarasin of Lagos, Nigeria, and Obii Pax-Harry of Abuja, Nigeria, and in Latin-America such sound apostles as Rene Terra Nova of Manaus, Brazil and Carlos Gordilla of Mexico City, Mexico. I relate to them all, and others as well, and I know that they will be able to give wise counsel as to how we should approach these gruesome realities when we face them in Europe.

We are aleady facing these challenges! 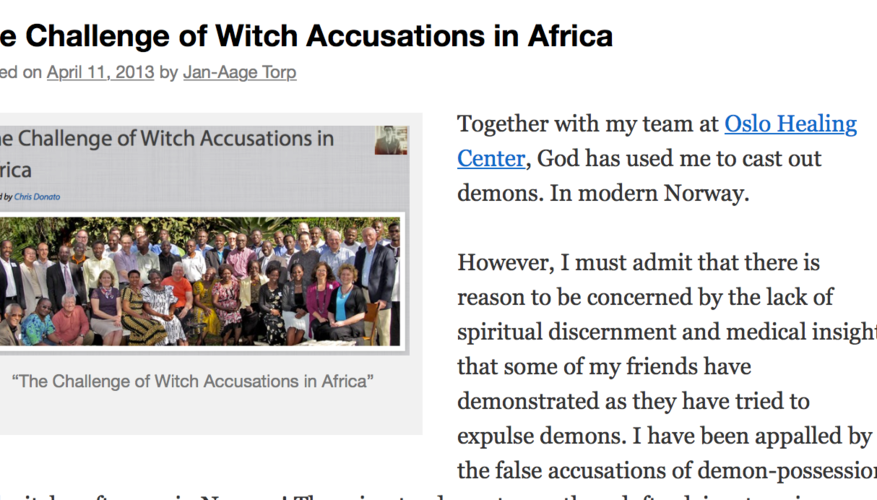 Screenshot from my personal blog in April 2013